It's in the Detail:

The SAO Studio, the smaller street level room, was once the bakehouse proving rooms and later the kitchen scullery. It's basically a bedroom and ensuite, suiting the budget conscious or those that spend a minimal amount of time in-room.

Before our time, it was the butcher Richard Chapman's office, but that's dating back to the 1850's. During the restoration, we found hand-written customer orders on the walls.

Chapman, who built the Bakehouse and the original small stone cottage, leased the premises to David Arnott, brother of William. It was in this studio where David's first little baby boy, also David was born in 1862.

The copper pipework that makes up the vanity unit, taps and shower system was made by Stephen Arnott in 2020 during the upgrade to a hotel. His wife Allie, painted the old advertising murals and this 1932 SAO one was a huge success for Arnott's.

Does any one know how the SAO biscuit got its name?

With views over the Hunter River, this private studio has an ensuite bathroom and is the smallest room, 15 square metres. 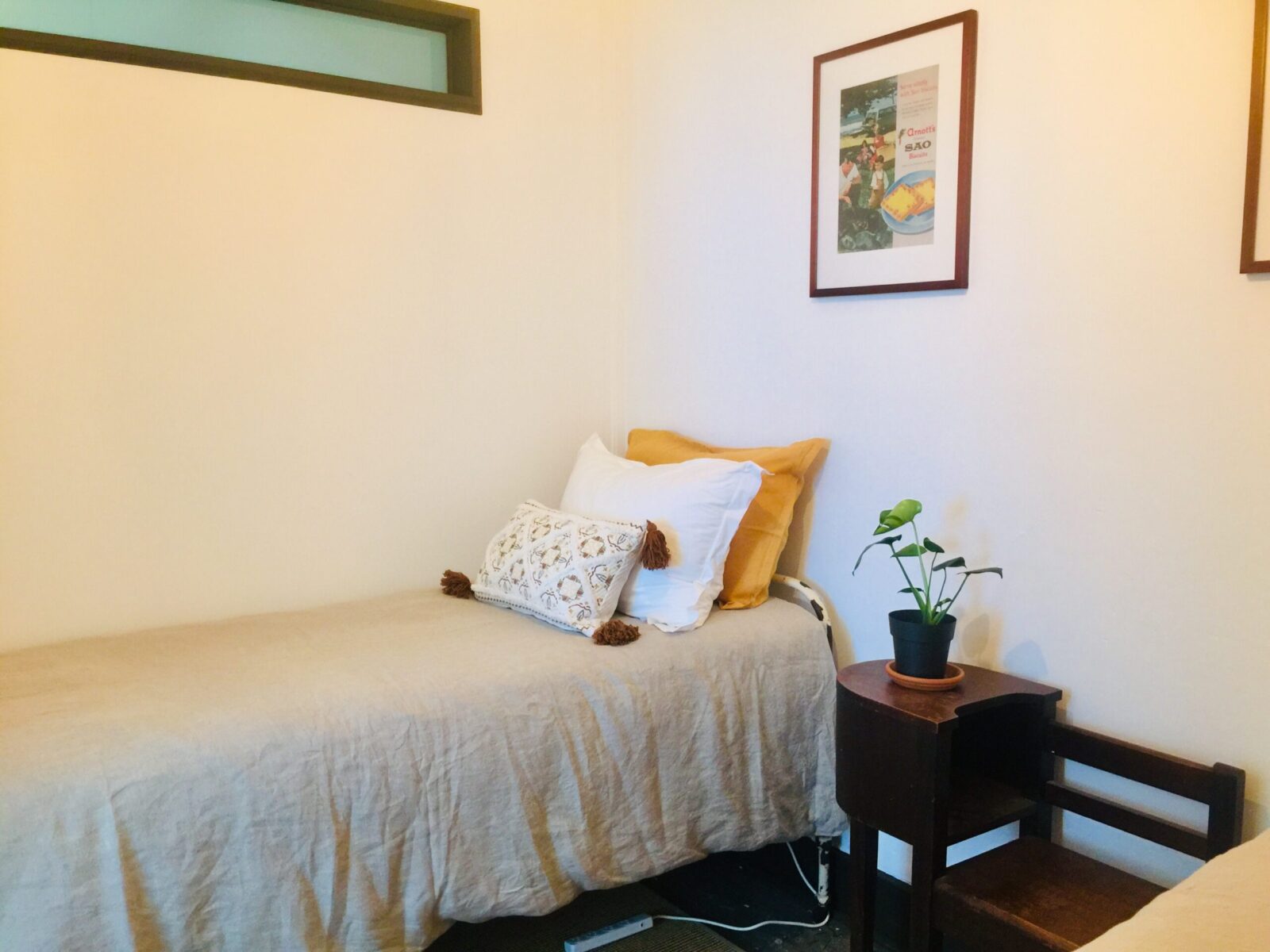 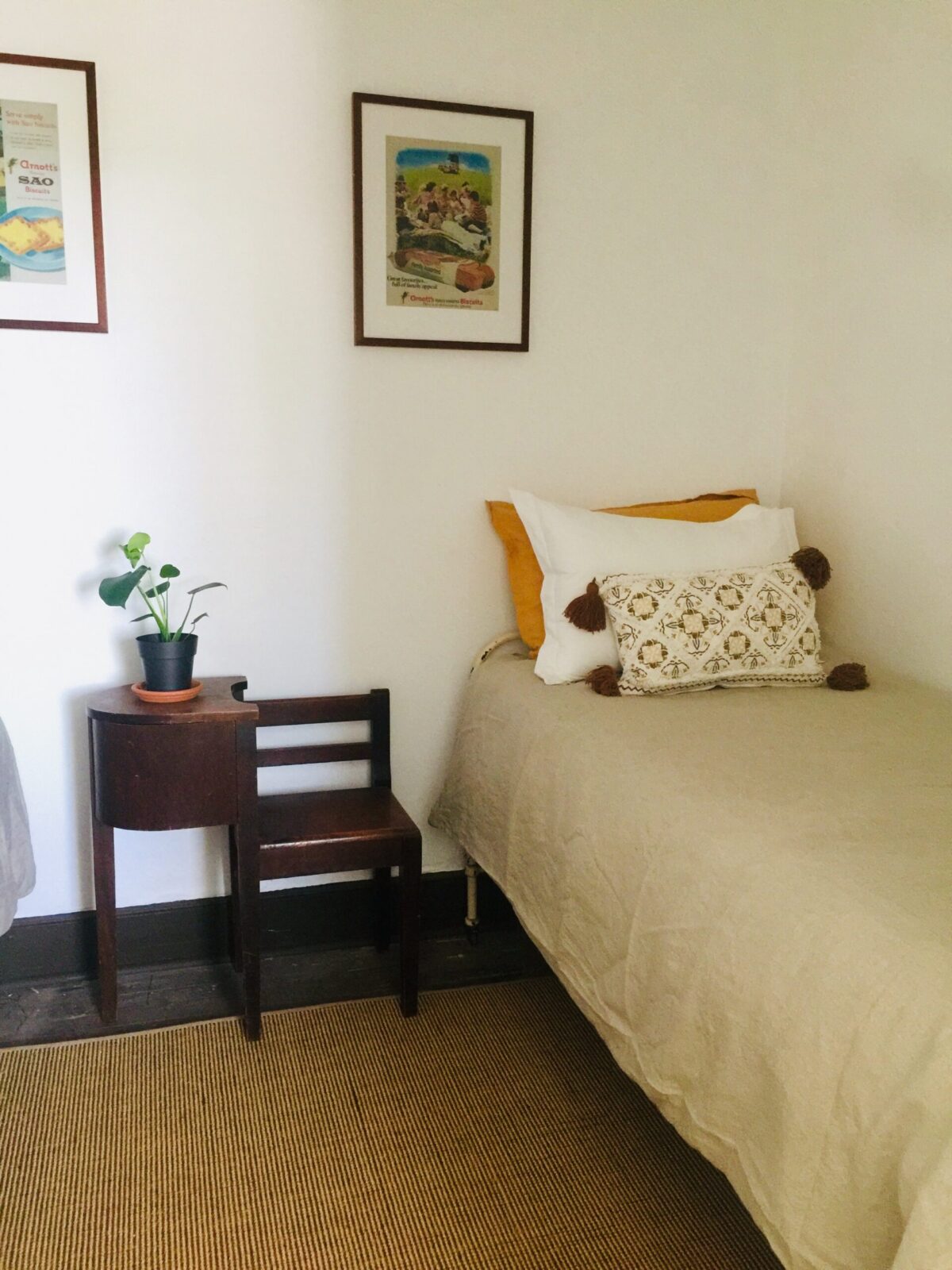 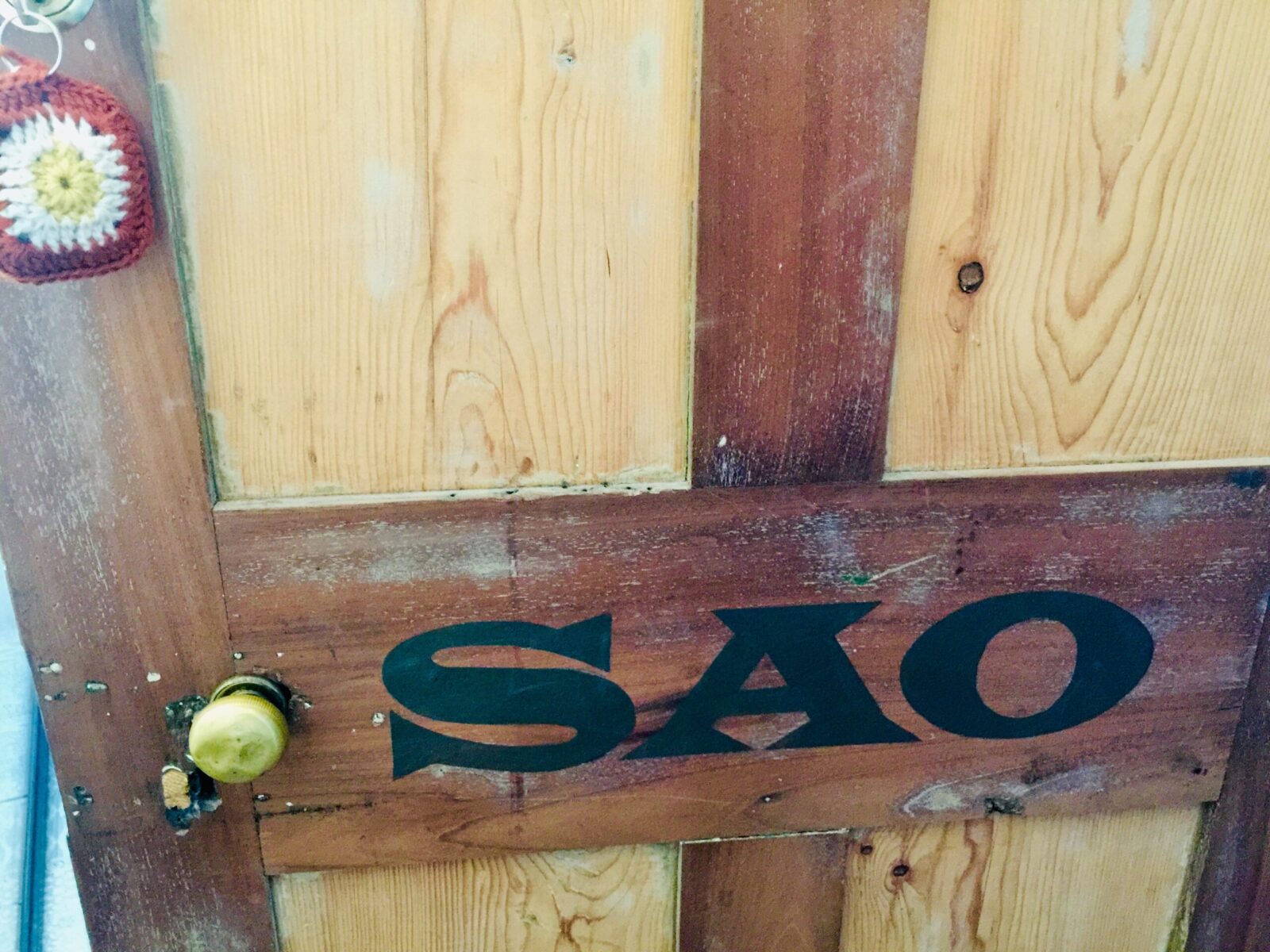 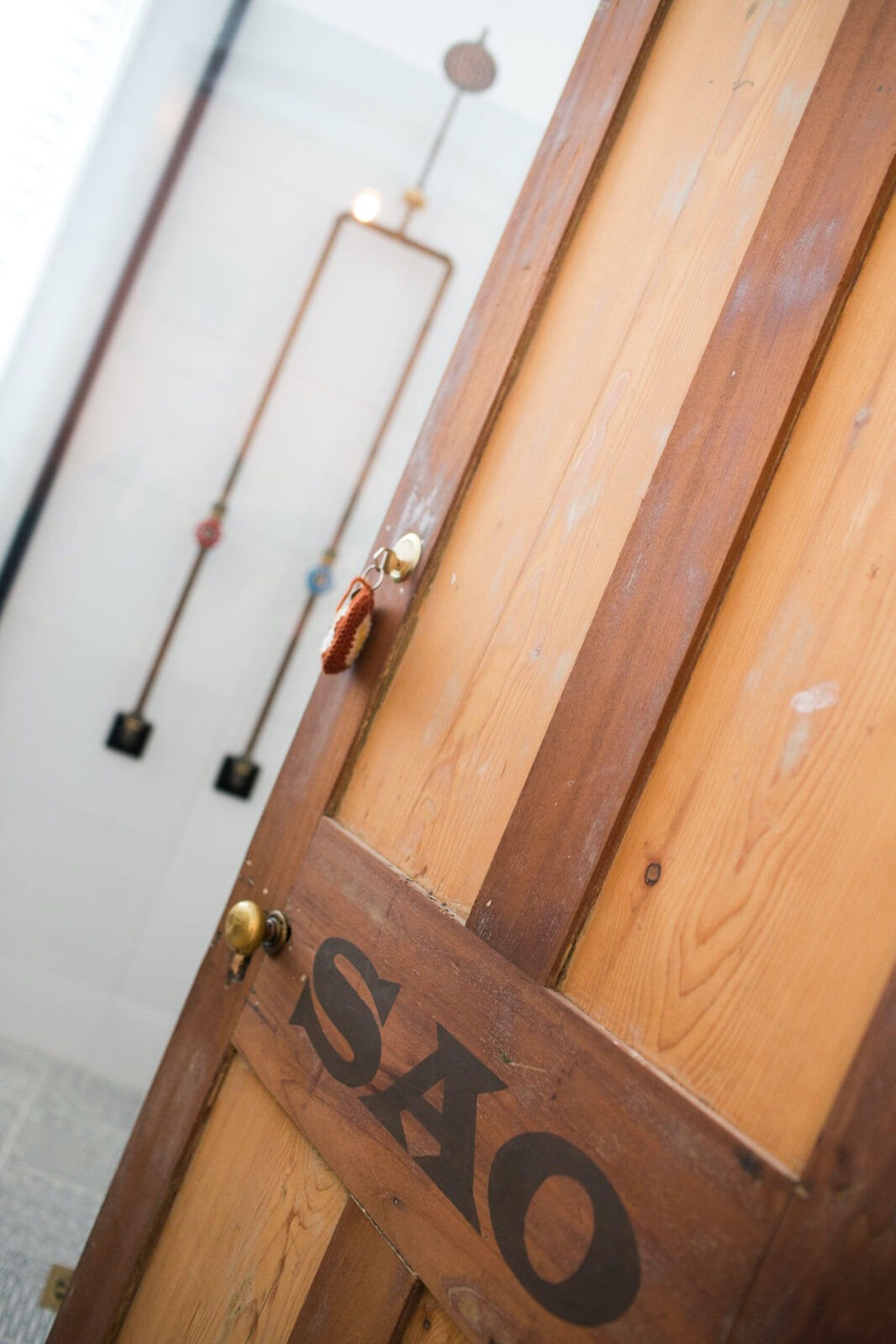 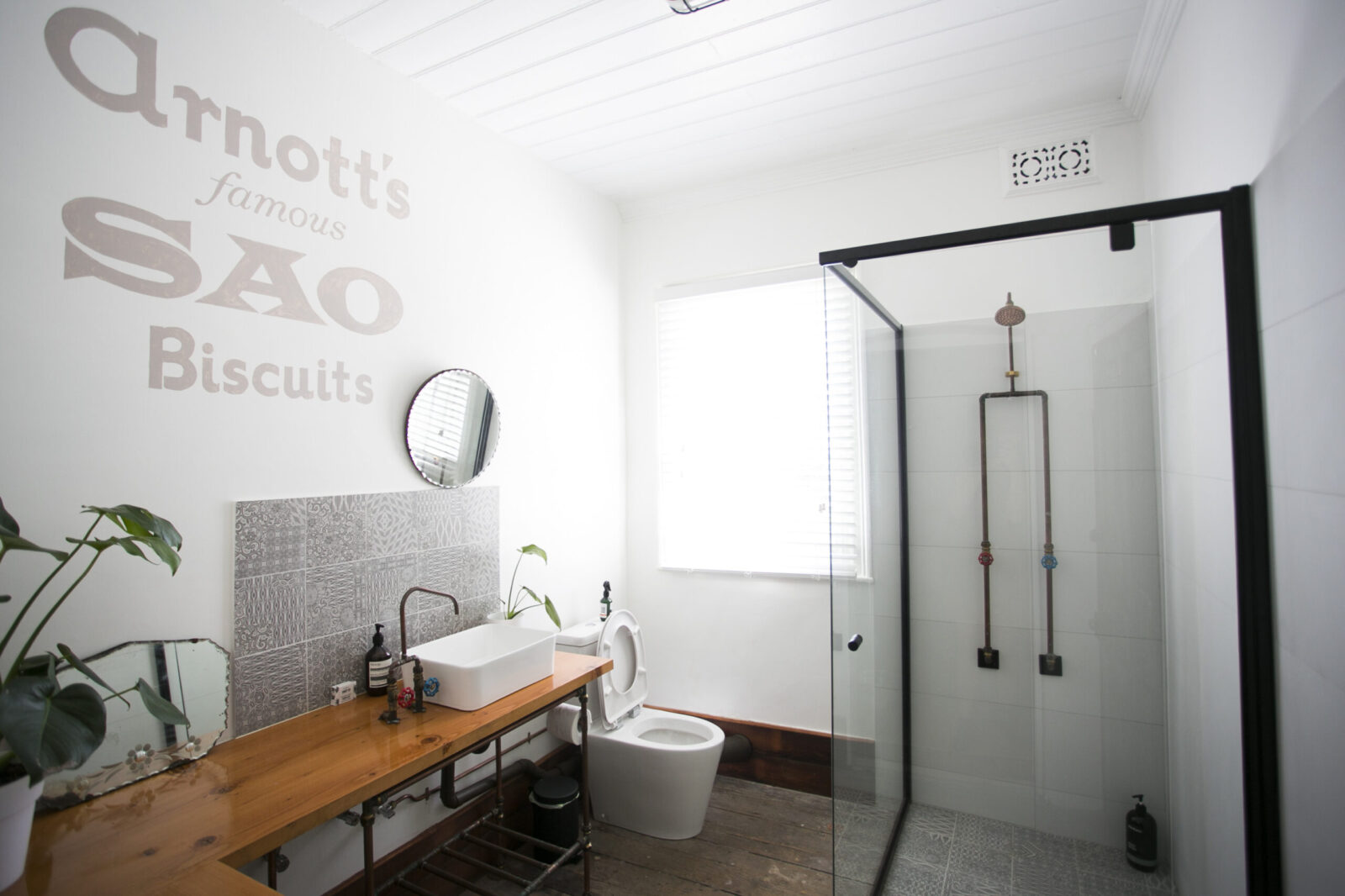 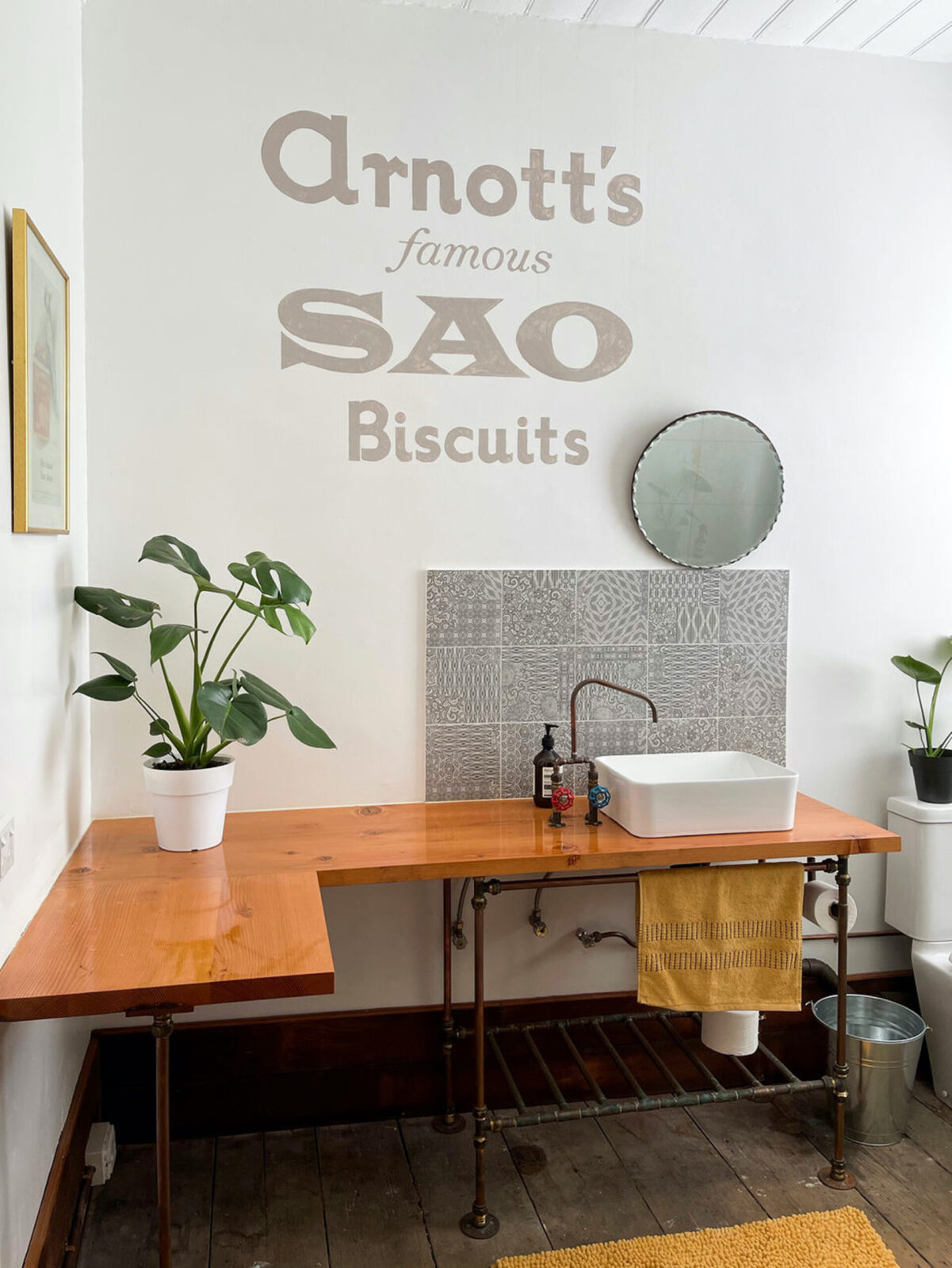 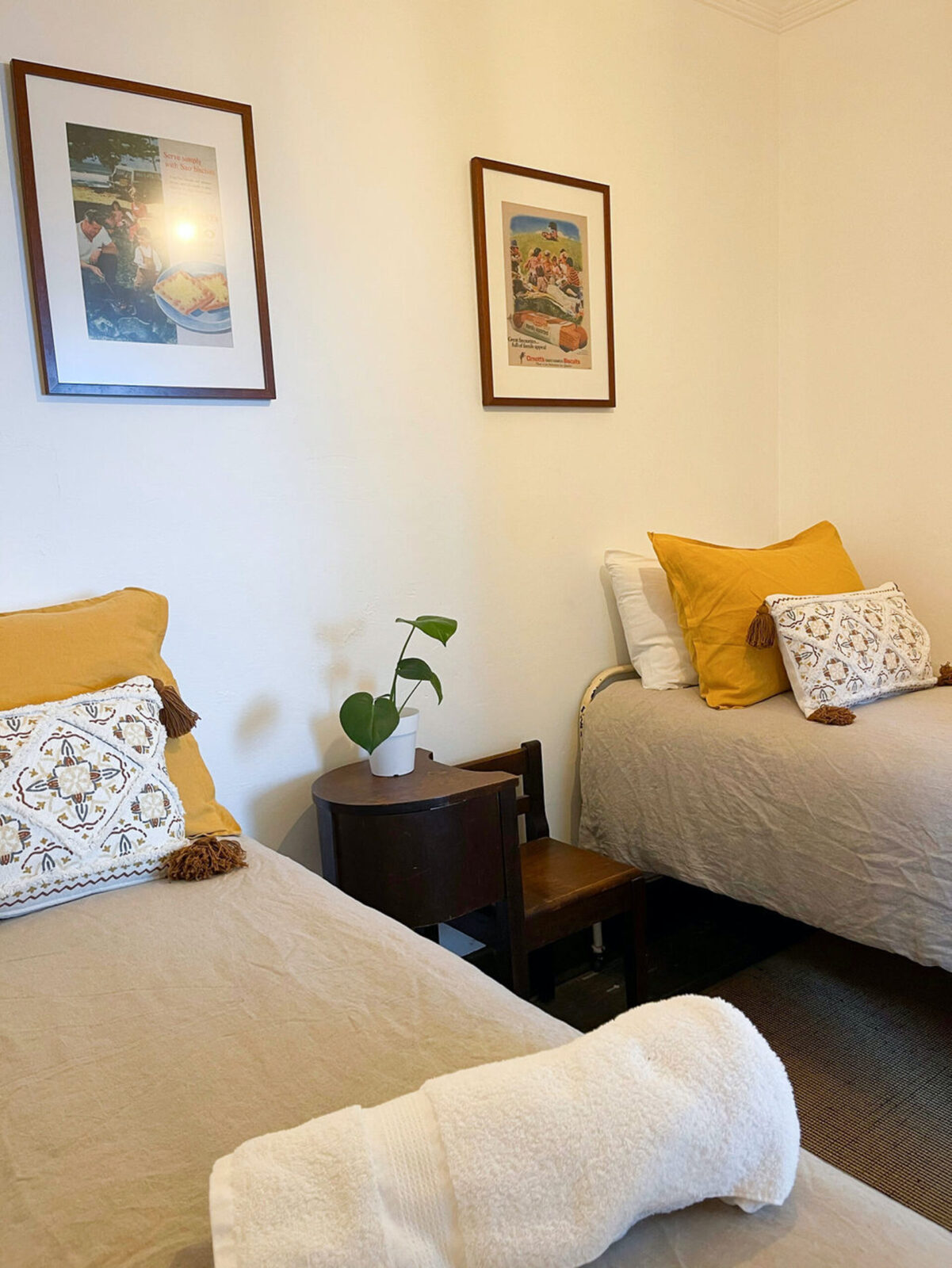 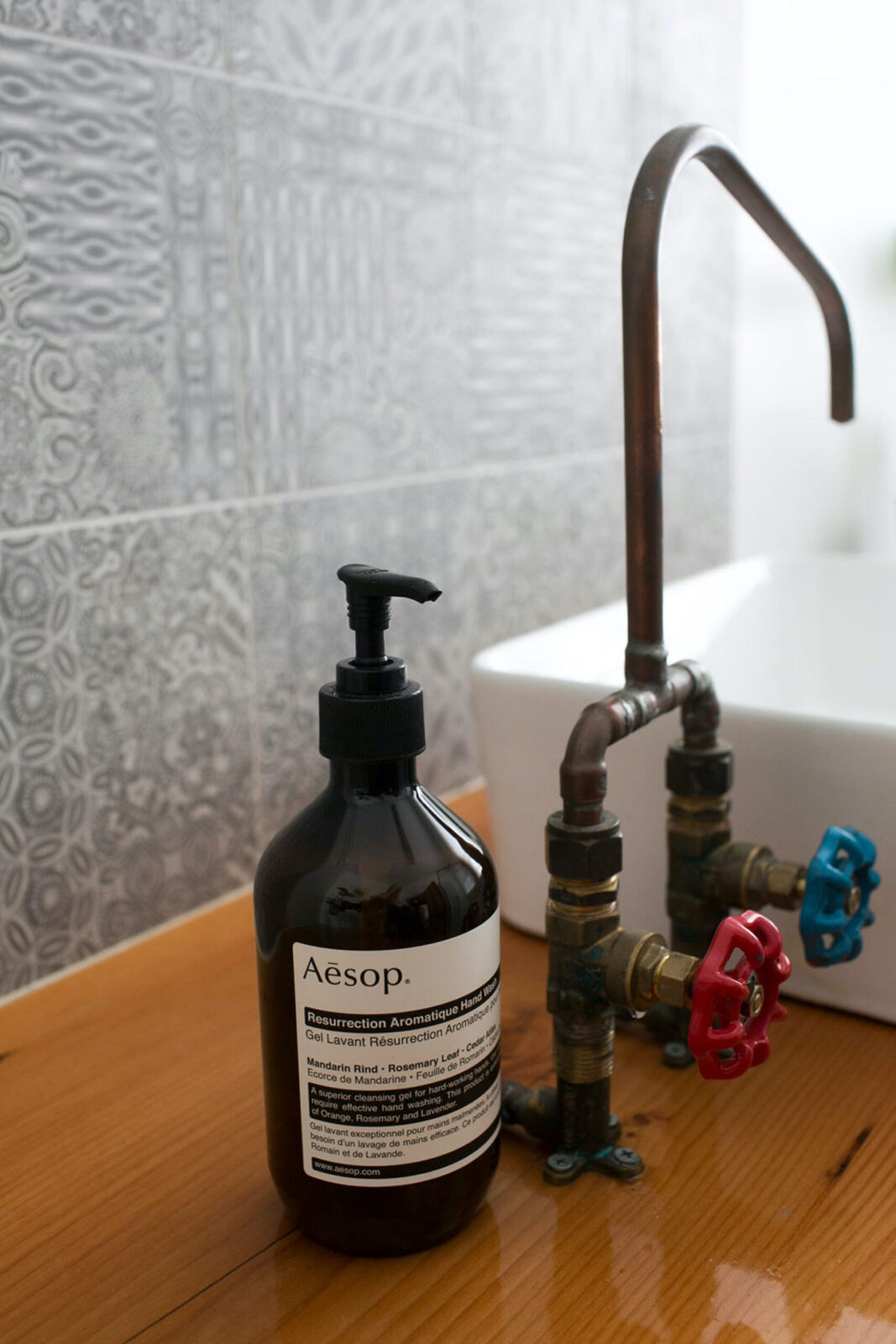 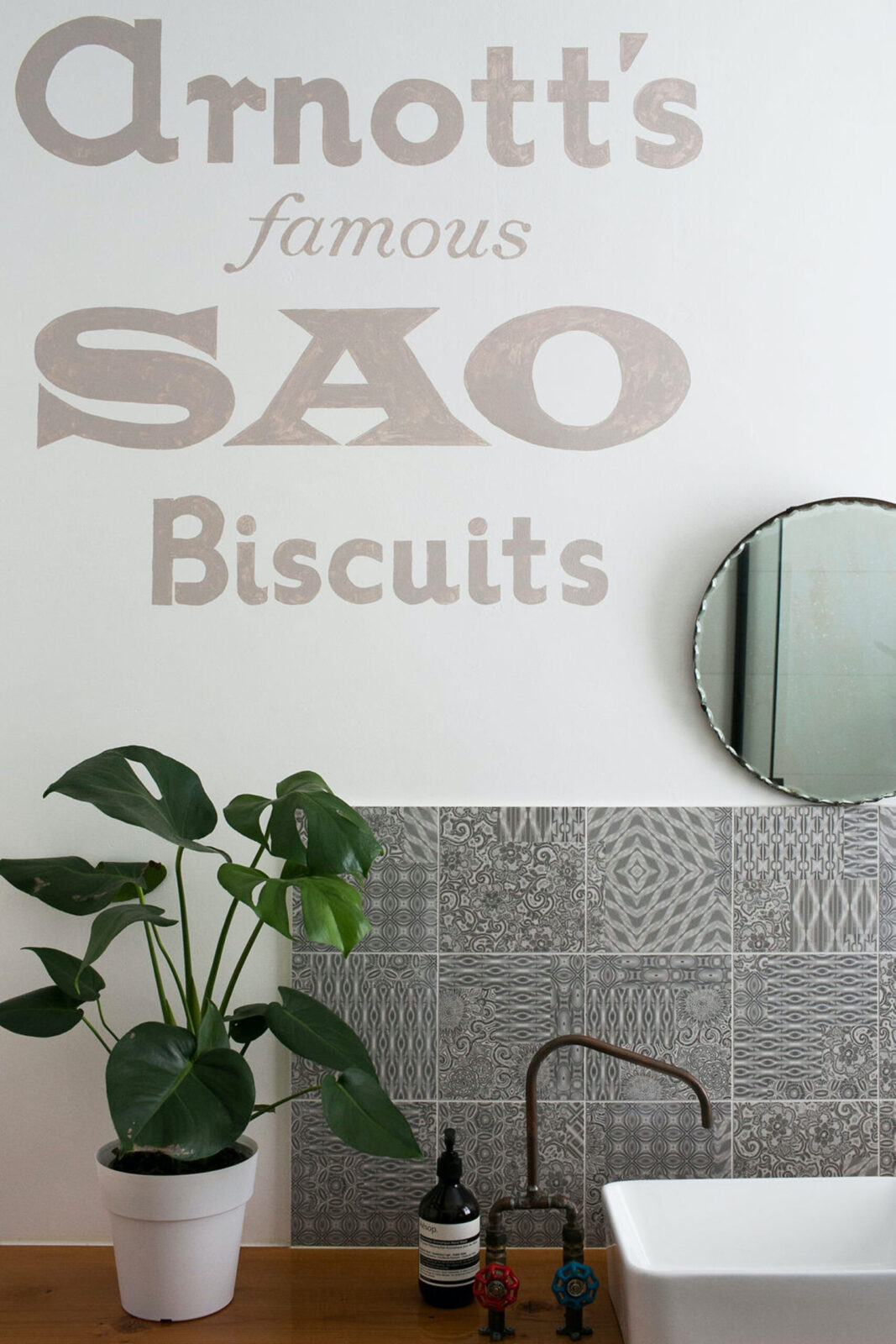 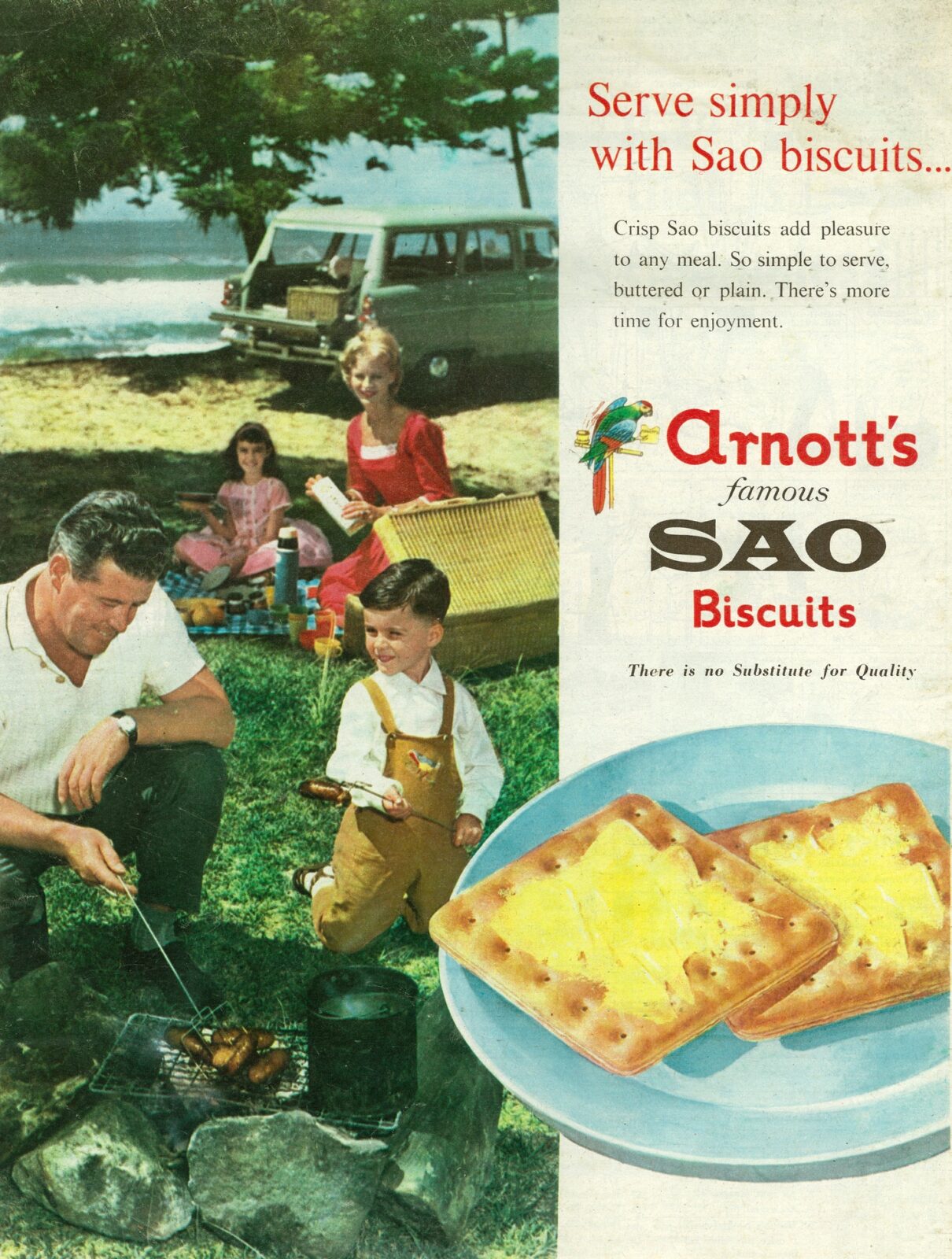 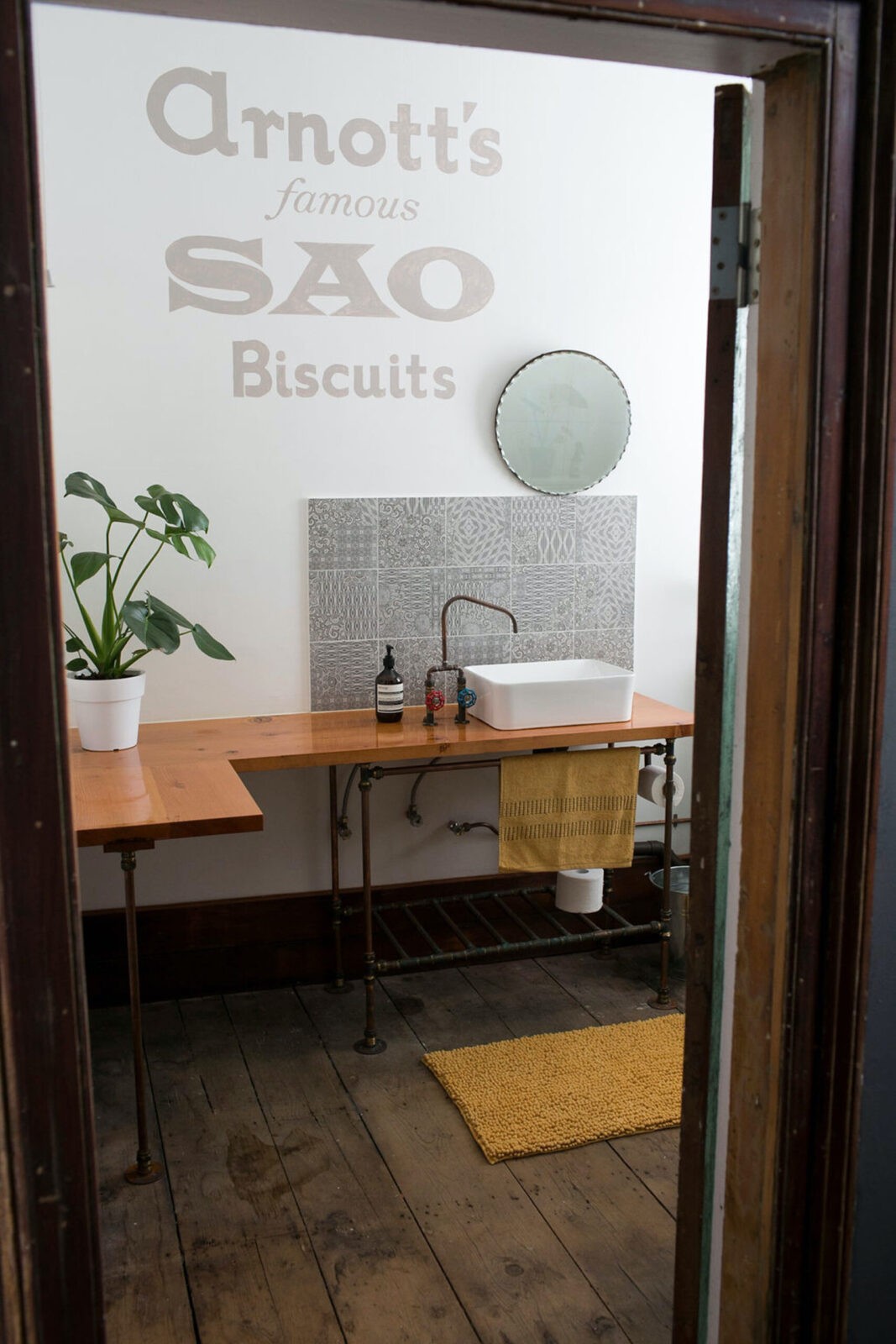